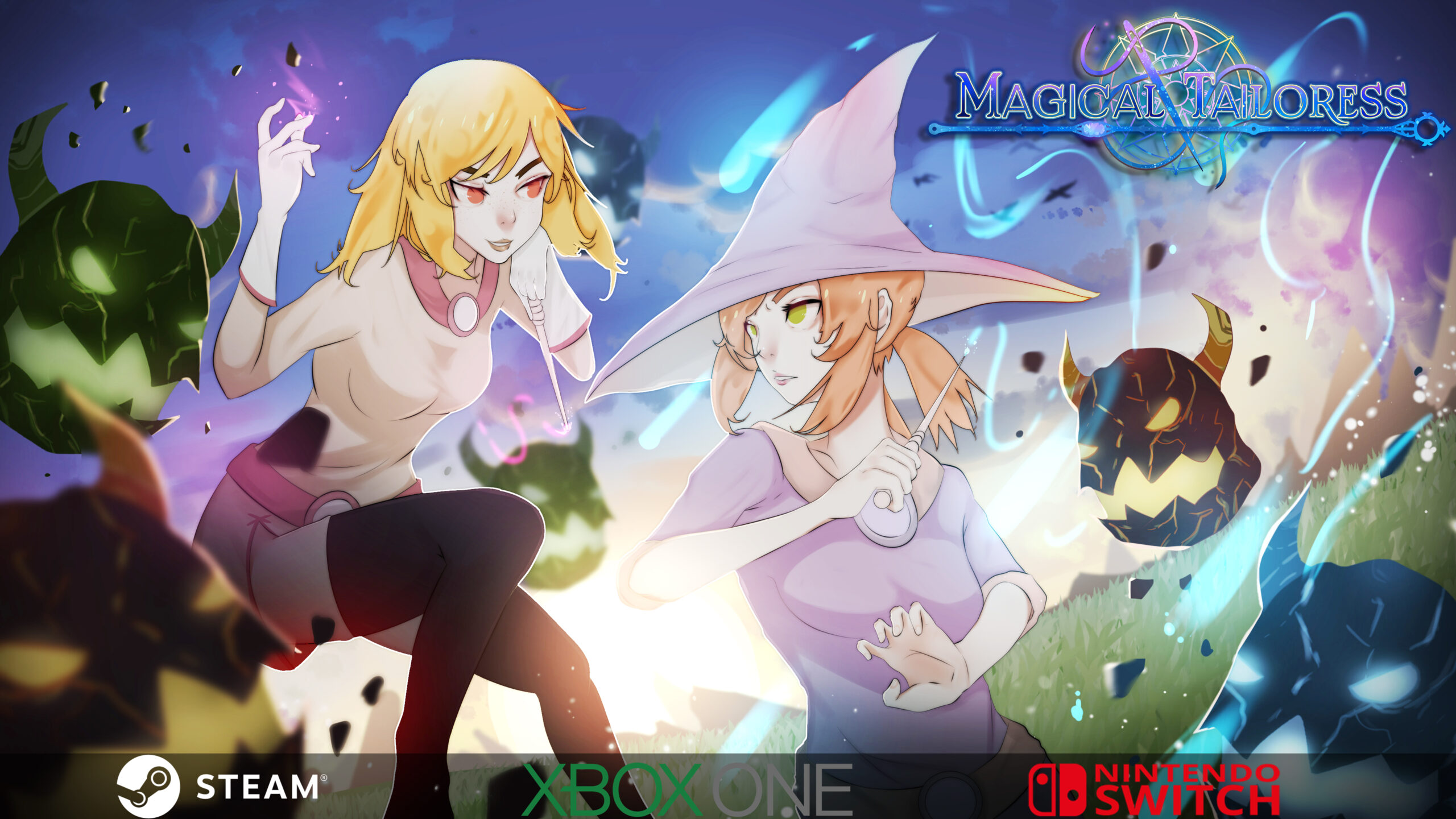 Magical Tailoress is a JRPG inspired game about a sole tailor who is down on her luck and afflicted with a rare disease comes across a very, very valuable item. So valuable that multiple nations will do anything for it. Your choices in this world affects everything. We believe in the butterfly effect where-as an insignificant change to you can trigger something different else-ware.  The current project as of now is still in development. All the screenshots and gameplay does not represent the final product.

The studio that will be publishing Magical Tailoress will be Wildcard Studios.

This studio was founded to house all developer, creators and so much more under the Wildcard Studios Banner. Officially dubbed Blindside Game Studio.

Magical Tailoress will be a fun and adventurous game that has the following Ratings: 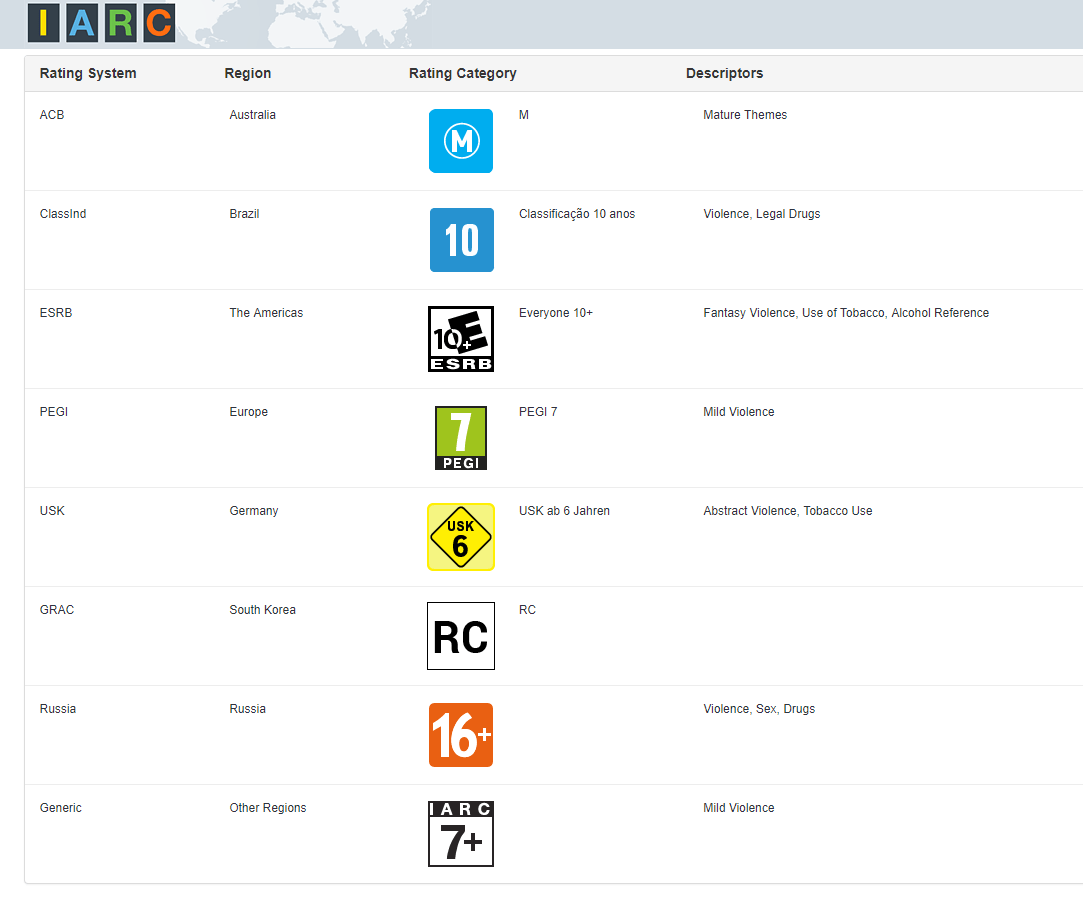 Our game does have a bit of sexual references and brief (obscured) nudity. Smoking of Tobacco products and some characters do drink alcohol. The Violence part is the physical hitting of human characters and monsters (In Battle). The sex in game is implied off-screen.

Magical Tailoress will have a average about 25-30 hours of gameplay without grinding and achieving the default good ending / bad ending. There will be a total of 6 endings depending who you manage to keep alive throughout the campaign.

Without Spoiling too much. Gabrielle’s mother has passed and left pretty much all she saved up in her name. This includes whats left of the land she owned in New St. Arlias. The Queen has found a new form of power that will eventually.. lead to her and the world’s down fall. A unique and raw power that is being pulled from the earth.  Which leads to 4 endings. Stop the queen to save the day, or investigate the raw energy  (Each ending has 2 sides. a Good or bad ending) the last 2 endings are earned through grinding. We wont say the story to get to them.

We like the element of plot twists and branching story-lines that detail a characters history so expect a bit of that.  The game will hit on some topics such as depression and such.

There are a few core game-play mechanics.  The Battle system (which  will be fleshed out much more in-depth. Magical attacks that are created by monsters will switch the player into a ‘Dodge and Recover’ mode. Say for instance a monster casts fireball, The battle system will shift from normal attack mode to ‘Dodge and Recover’ mode. You’ll have to move your character in real time to dodge the incoming fireballs.

The airship battle system inspired by Skies of Arcadia will allow you to staff your airships with your heroes and other crew mates. Who you staff where will determine accuracy and preparation time.  A more staffed ship will have you cruising through ship battles in no time however a ship requires maintenance. Should your ship becomes destroyed the heroes in your party aboard the ship will perish.  There are multiple airship types you can use.

Most places in the overworld has locations that you can buy and sell resources that you’ll need for your merchant shop or to repair your ship or other uses.  More importantly. You’ll be needing resources for your tailoring skill. Which you can make your own garments that has various stats.

You can only carry so much resources so obtaining a airship to do your trading may be a better bet.  This system will be more indepth as time progresses

Here is a Alpha Demo of our game, it still has a lot of our ‘temporary’ assets and not polished but does show the progress we are working on.

Overall, We want to keep the systems and such simple yet fun so that we can create a engaging storyline.

Magical Tailoress uses a turned based battle system that also includes a precision ‘attack’ mode that when pressed the attack or corresponding buttons can double the attacks or increase your defense against a attack.

During spell attacks you are placed in a ‘Full control mode’ that for the duration of a spell have to avoid spell effects or can counter spells to do attacks to enemies. (This is not shown in the alpha video )

This footage is VERY alpha. lots of things will be upgraded. On Display for progression.